Life is a Negotation.

Each of us is a negotiator.  Negotiation is a fact of life.  You discuss a trip with your spouse.  You try to agree with a contractor about fixing your yard.   Two lawyers try to settle a lawsuit about a car accident.  A group of farmers try to make an arrangement with a cooperative.  The United States Secretary of State meets with a diplomat from China to change a trade agreement.  Negotiation is a back and forth communication designed to reach agreement.  More and more we are required to negotiate.  Less and less people are willing to accept decisions dictated by someone else.

People find themselves in a dilemma and see two ways to negotiate--either soft or hard.  It seems to be a trade off between getting along with people and not getting what you want.

There is a third way to negotiate, a way that is neither hard nor soft, but rather both hard and soft.  The method of principled negotiation, developed at the Harvard Negotiation Project, is a proven process to decide issues on their merits rather than through a haggling process focused on what each side says it will and won't do.  It is a process in which you look for mutual gains whenever possible, and that where your interests conflict,  you insist that the result be based on a fair standard independent of the will of either side.  The method of principled negotiation is hard on the merits, soft on the people.  There are no tricks and no posturing.    This type of negotiation shows you how to obtain what you are entitled to and still be decent.

Every negotiation is different but the basic elements do not change.  Principled negotiation can be used whether there is one issue or several, two parties or many, whether there is a prescribed ritual, like bargaining, or there is no structure.  This type of negotiation applies whether the other side is more experienced or less, a hard bargainer or a friendly one.

It's Not About Your Position--Or Theirs.

Whether your disagreement is about a contract, family quarrel or peace settlement among nations, people usually engage in positional bargaining.  Each side takes a position and argues for it.  An example of that would be the haggling that would take place at a street market and goes something like:

Customer:  How much do you want for the glass dish?

Shopowner:   Soon that piece will be worth twice as much.

Maybe they will reach agreement and maybe they won't.  This most common form of negotiation depends on successively taking and then giving up a sequence of positions.  Taking positions, as the customer and shopowner do above, has some useful purposes.  It lets the other side know what you want.  But those purposes can be served in other ways and this type of positional bargaining fails to meet the basic criteria of producing a wise agreement, efficiently and amicably.

Arguing over positions produces unwise agreements because the negotiators tend to lock themselves into those positions.

Arguing over positions is inefficient because it creates incentives that stall settlement, and is much more time consuming.

Arguing over positions endangers an ongoing relationship because it becomes a contest of will.  Anger and resentment often result as one side sees itself bending to the rigid will of the other while its own concerns go unaddressed.  The position is "If you want to go to the movie with me, it is Star Wars or nothing".

When there are many parties, positional bargaining is even worse.    Most negotiations involve more than two persons.  Positional bargaining can lead to the formation of coalitions among parties because there may be boards, committees or other constituents involved.

Being nice is no answer.  In soft negotiations the standard moves are to make offers and concessions, to trust the other side, to be friendly, and to yield as necessary to avoid confrontation.   But pursuing a soft form of positional bargaining makes you vulnerable to someone who plays a hard game of positional bargaining.  The process will produce an agreement but it may not be a wise one.

There is an alternative.  If you do not like the choice between hard and soft positional bargaining, you can change the game.   Negotiation takes place at two levels.  At one, it addresses the substance.  At the other it focuses on the procedure for dealing with the substance.  At my training at Willamette College of Law, I learned under the Harvard Negotiation Project an alternative to positional bargaining.  There is a method of negotiation designed to produce wise outcomes efficiently and amiably.  This method is called principled negotiation or negotiation on the merits, and it can be defined in 4 points:

Interests:      Focus on interests, not positions.

Options:       Generate a variety of possibilities before deciding what to do.

Criteria:        Insist that the result be based on an objective standard.

This method permits you to reach a gradual consensus on a joint decision efficiently without all the transactional costs of digging in to positions only to have to dig yourself out of them.  And separating the people from the problem allows you to deal directly with the other negotiator as a human being, thus making possible an amicable agreement.

I am available for mediation services and can be reached for a free telephone consultation (307.200.1914) or videoconference. 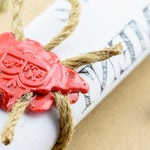